Grief Resources for Children and Pets

Back to pet loss support resources 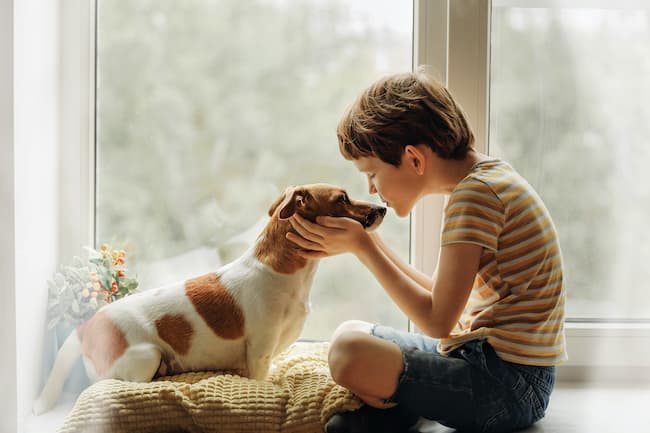 Helping Children with the Loss of an Animal Companion

The death of a beloved animal is often a child’s first experience with loss. It is normal for children to experience grief that may come and go with different levels of intensity for some time after a pet’s death. It can be challenging to parents and caregivers to know what to do for, what to say to, and how to help children who are hurting. Lap of Love offers a family and children's pet loss support group that can be booked here. Following are a few articles about how best to help a grieving child.

A Veterinarian's Perspective: Should my child be present for our pet's euthanasia?

When a Pet Dies

The Tenth Good Thing About Barney

My Pet Died: A Coloring Book for Grieving Children

The Fall of Freddie the Leaf

How I Feel: A Coloring Book for Grieving Children

Helping Animals with the Loss of a Companion

Just as grief is both a universal and yet individual experience for humans, so it is for animals, meaning that while all animals have the ability to grieve, the expression of that grief may vary from animal to animal and from loss to loss.

However, it is important to be aware that animals have a much healthier, more instinctual relationship to life, and thereby to death, than do most humans. Animals don’t have a psychological fear of death. In fact, they carry none of the psychological baggage surrounding death that so many humans do.

An animal’s grief experience is a mindful one, always anchored in the present moment rather than caught up in regrets about the past or anxiety about the future. In this, animals have a great deal to teach humans about grief, just as they do about life.

If the surviving animal had a close relationship with the newly deceased, you may notice the following grief responses:

These responses will vary from species to species as well as from animal to animal. However, in general, the more social the species, the more likely the animal is to respond to the death in a manner clearly recognizable as grieving. And, as with humans, the closer the two individual animals are, the more likely it is that the one left behind will grieve.

It can help to remember that as a family, you will all be facing the challenge of creating a New Normal after your beloved pet’s death. This can be as unsettling, daunting, and even scary for the non-human members of your family as it is for the human members. Approaching each other (and yourself) with extra patience, kindness, affection, support, and love can help everyone with this transition. Doing so in honour of the family member who has died is also one of the best ways to memorialize them.

Following are two documents with information more specific to dogs and to cats:

Find a veterinarian near you

Have questions? Give us a call. One of our care coordinators would love to help.